Esqueleto Explosivo is something out of the ordinary from the Swedish game developer Thunderkick. Instead of spinning reels, this game features Mexican sugar skulls raining down from the sky. They stack up neatly on top of five skeletons and can form winning combinations on the 17(!) paylines.

Esqueleto Explosivo is Spanish for Explosive Skeleton, and when the wild symbol appears in this game it can explode and turn nearby symbols into debris, giving room for new ones. This will also increase the Mucho Multiplier (a win multiplier) by one step. The highest possible win multiplier is 32x!

Five skeletons form a Mariachi band to celebrate Day of the Dead in Mexico.

The symbols look like Mexican sugar skulls. Examples of skulls that can come falling down are the green skull decorated with a flower, the blue skull with the impressive moustache, the pink skull with a rose in its mouth, a turquoise skull that’s lacking some teeth, and an orange skull adorned with a rhombus. 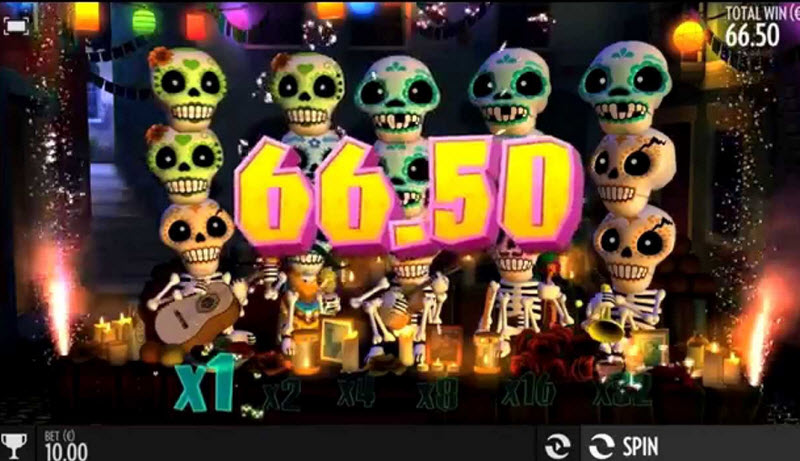 The highest possible win on an individual payline is €625 on a maximum wager, but you can win much more than this per round since you can win on more than one payline, and get help from re-spins, avalanches and win multipliers.

When a winning combination is formed, this will trigger the avalanche feature. The winning symbols will disappear and new ones will take their place. If this results in a new win, a new avalanche will take place. This makes it possible to win many times on a single wager when playing Esqueleto Explosivo.

The explosive wild symbol is a golden skull with pink sunglasses. As a wild, it can substitute for any other symbol. It will also explode and turn eight nearby symbols into smithereens, thus creating room for eight new skulls. Hopefully, this will create one or more new winning combos for you. 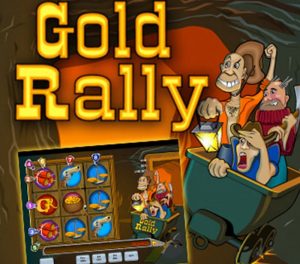